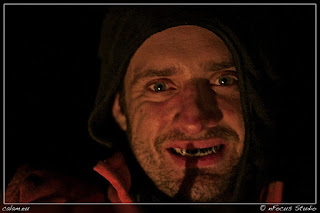 As most following this blog know, I run 2 larps at the moment: the Calam larp and the Manticore larp.
In both these larps there are some players who made the tough decision to play a bit of a darker character. They are not the normal goodie-two-shoes, they are either acting like an ass-hole/bastard and/or a thief, a backstabber, ...
It's great to have people willing to play these kind of characters. But some of these players don't see the disadvantage such a role brings with them. It means that a lot (if not all) other characters will refuse to help these roguish characters. Cause why would you as a 'goodie' help someone who would steal from you?
Why would you help someone, if the only words they say are mostly insults in your general direction.

It's a coincidence that I've noticed this non-understanding from different players in both larps.

One person seemed to be unable to cope with the fact that his/her actions led to a counter-reaction of other players, and that this counter-reaction was one they did not like. I mean, if you insult someone who is honourable, that person will react if you keep insulting his/her honour.
If said person tells you on numerous occasions that they will kill you if you continue, then well, ... don't be surprised if they actually do try to kill you (your character that is 😉).

Another of my players was surprised when his/her character was left out of all the fun the other players were having. But in the same sentence he/she told me that they loved how they were able to steal stuff from those same players...
As a solution a change in the game-system was suggested, which I did decline 😇. 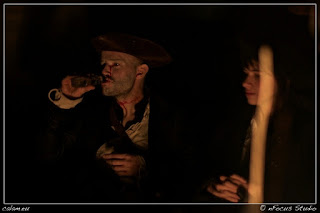 I'm all for players making a brave decision to play a character that doesn't play nice with the other players. But please, don't come crying to me if you notice that nobody wants to play with you anymore.

I think that before people choose to play a rogue, or a backstabbing bastard, they should ask themselves the following important question: "How can I play my character realistically and still be of use to the other players?"
Cause if you play your 'bad' guy/girl that well that nobody will trust you and/or need you, you might have off-sided yourself.

Personally I would play such a character like the great Tasslehoff Burrfoot. As a thief he steals from his friends (amongst others), but he is there to help them when needed, even giving them their belongings back when they need them. The party knows he's a thief and they are annoyed when he 'borrows' their belongings, but they also know that he's got their back. And that when the situation becomes dire, he'll be there.

Of course it also helps if you are with a group of like minded people, then you can have great fun with your group. But don't forget that if at a next event you are alone, people might still remember all the bad/good you did with your group and treat you accordingly.

All in all, I think it's great if someone plays a roguish/bad-mouthed character. But please also think about how you'll still be useful to the other players. Cause that's one thing that I have noticed to be very difficult to pull off right.
Posted by Jeremy at 14:33 No comments: